When entering the Village of Blairstown, one’s eyes are drawn upward. The church and spire of the First Presbyterian Church of Blairstown have been a beacon of faith and outreach for the community since the church was founded in 1840.

In March 1839, the citizens of Blairstown and vicinity convened to elect trustees of a Presbyterian church. John I. Blair was made chairman and Dr. John Albright secretary. Prior to this meeting, Presbyterians would take part in services by traveling to nearby towns or by gathering in their homes.

Early records state the church was incorporated July 3, 1839 and construction began soon after with costs totaling $2,865.98. The original church was erected by the fall of 1840 on a lot that was secured from the property of Mrs. William Hankinson. A dedication ceremony was held December 10, 1840, with Reverend Condit preaching the sermon. Its first pastor was installed June 23, 1841. On November 18, 1845 Reverend John Arnott Reiley was installed as pastor. He was also referred to as the brainchild in the founding of what is now Blair Academy.

The church was a substantial stone structure that had a seating capacity for two hundred people, handsomely rough-cast Gothic windows and was surmounted by a well-proportioned belfry and spire. The bell, weighing 218 pounds, was sometimes heard up and down the Paulins Kill as far away as Stillwater and Hainesburg.

The church rapidly outgrew its facilities and on December 15, 1868 it was decided to build a new structure. The original building was demolished and the cornerstone of the new building was laid June 1, 1870. The new church, with more than double the seating capacity, was dedicated on February 16, 1872.

In August 1874, a Jardine pipe organ was installed in the choir loft at the back of the church. This was a gift from Mr. John Insley Blair on condition the church had no outstanding debts. The instrument was first pumped by hand. Later a water driven motor relieved the need of pumping the bellows.

The old bell was removed and taken to Blair Academy where it was used as a call bell until 1897, at which time it was melted down and made into tea bells bearing the inscription “Blairstown Presbyterian Church 1840.” A new bell weighing one ton was put in place and still rings weekly, signaling the start of the Sunday worship.

The new steeple towered upwards to 160 feet. Renovations over the years include: 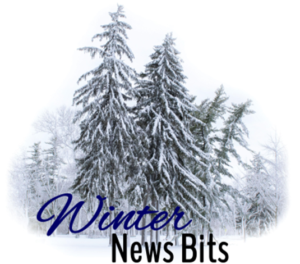