Each of you should look not only to your own interests, but also to the interests of others. Philippians 2:4-8

The Rev. David Harvey has served as our pastor since December, 1994. He grew up in Oskaloosa,Iowa, and is a graduate of Northeast Missouri State University (Truman State University) in Kirksville, Missouri with a Bachelor of Science in Health and minors in psychology and religious studies. He earned his Masters of Divinity from Austin Presbyterian Theological Seminary in Austin, Texas in 1989, and served as the associate pastor at the First Presbyterian Church of Northport, Long Island New York before moving to Blairstown. Pastor Harvey is married to Teri and they have two teenage sons. Teri teaches Family and Consumer Science in Byram. Pastor Harvey enjoys bicycling, reading and socializing.

Alphons (Al) Gunther was born in Amsterdam, the Netherlands September 25, 1944 to Harry and Cornelia Gunther, and is the eldest of nine children. He began playing the piano at the early age of 4; his father, Harry, also a church organist, choir master and pianist, being his first music teacher. Al’s first public performance on piano was at the age of nine when he performed his father’s arrangement of Rachmanioff’s Prelude in C Sharp Minor in front of about 1500 people at a national celebration of the Queen’s birthday. He writes, “I think I was too young to be nervous.” In 1959, at the age of 15, Al immigrated to the United States with his parents, brothers and sisters. He learned the English language, attended Holy Trinity High School in Westfield, NJ, and eventually matriculated at and graduated from New York City’s famous Julliard School of Music with a Bachelor of Music degree in 1968. He plays to the glory and praise of God and inspires all who listen to experience the wealth and riches of music offers and to explore the wonderful world of music that will lift your spirit to the highest heavens!

Jennifer Plut started as the Church Administrator in September 2013. She lives in Blairstown with her husband and three daughters. Jennifer is also a member of the Rotary Club of Blairstown and the Blair Woman’s Club. In her spare time, she also enjoys gardening and crafting. 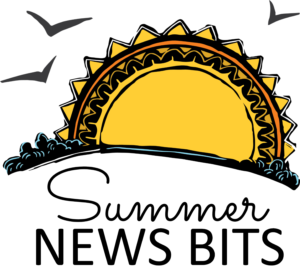